Ahoy! My name is Ron Carter aka Rockin’ Ron the Friendly Pirate. Since 2002, I’ve been performing  Pirate Music for ALL Ages. I sing to my own guitar accompaniment and to tracks from my stylistically diverse albums: “Give Me an RRR!”, Pirate PaRRRty!, The Flying Pirate Circus, Talk Like a Pirate, and Captains & Sea Monsters. My songs Poop Deck Dance (2021) and Pirate Party Pooper (2019) have been semifinalists in the International Songwriting Contest. The Flying Pirate Circus and Talk Like a Pirate were in consideration for Children’s Album GRAMMYs™. My primarily original songs have lots of interaction and boatloads of wordplay. I have released an illustrated children’s book, also called The Flying Pirate Circus, based on lyrics from my albums. My main port ‘o call is Smugglers’ Notch Resort – America’s Family Resort, and I have appeared throughout Northeastern North America (Canada to Virginia) at schools, libraries, and events.

BIOGRAPHY – The man behind the patch

My name is Ronald R. Carter (aka RRR Carter). I was born near the shores of Lake Michigan. I spent my formative years in Madison, Wisconsin listening to the Beatles, Bob Dylan, Stevie Wonder, and Roger McGuinn’s “Jolly Roger”, and writing my first lyrics. I played in the bands Notorious and The Fossils with my friends Ben “Sage” Neuhauser and Steve Johnston. While attending the University of Wisconsin, I met my partner and Very First and Only Matey, April Tuck.

My maiden voyage was to Boston, Massachusetts attending Berklee College of Music, where I received the Richard Levy Scholarship for composition. I got into the Record Business by driving the elevator at Strawberries Records and then interning for CBS (now Sony) Masterworks promoting such artists as YoYo Ma, John Williams (guitarist) and Andreas Vollenweider (winner of the first New Age Grammy). 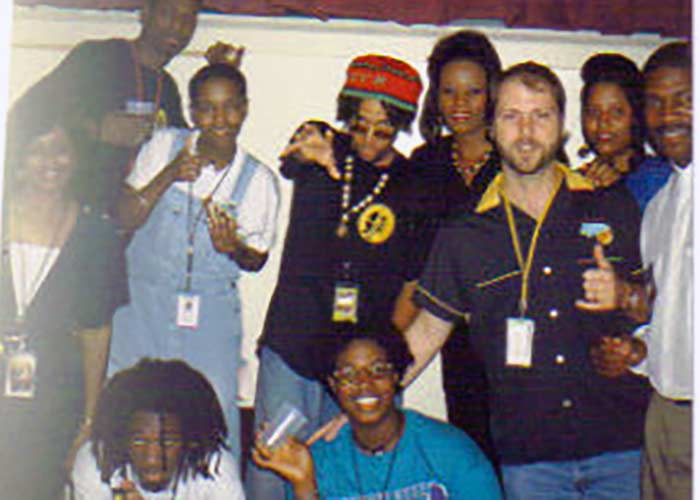 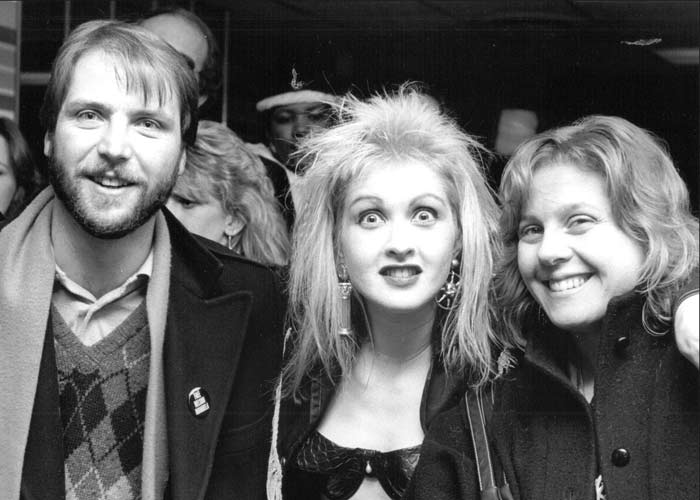 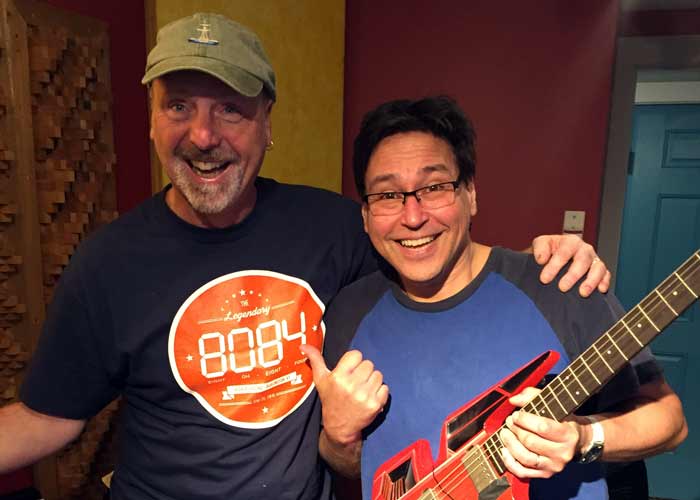 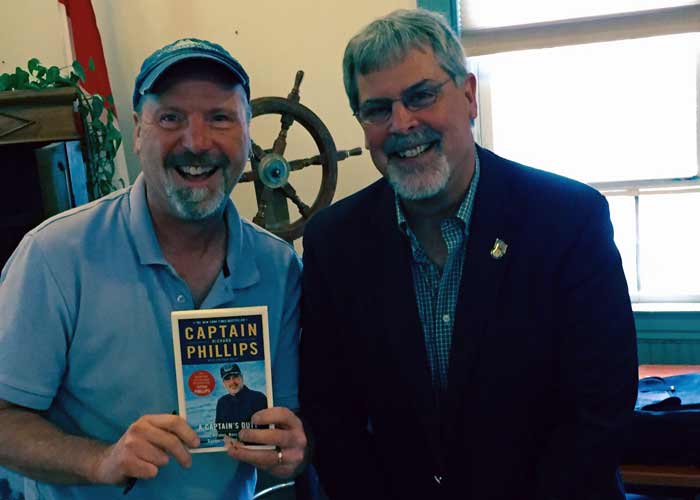 But New England was beckoning as April, and I sailed to Vermont and the shores of Lake Champlain. There I became a Smuggler – beginning my career at Smugglers’ Notch Resort. I started in Ticket Sales and Snow Report duty, guest-blogging weekly on Hugh’s Blog/Views (which I still do) and becoming an avid skier. I moved to Entertainment appearing in year-round Activities Events, managing costume character staff, and creating the short-lived, but fun characters Flatlander Woodchuck, Groovy Dude, and Farmer Joe. Around this time, I met my friend Greg Martell and we performed as a classic rock duo in Jeffersonville, VT, called… Jeffersonville Airplane.

Then, I discovered a knack for writing kids’ songs. In 2002, I invented the still going strong character of the Friendly Pirate. Since 2010, I’ve released five albums of primarily original Pirate Music and Sea Songs for Kids and Kids at Heart. I’ve had assistance making sound recordings from Producer & Guitarist Andre Maquera, Tracy Wolters, and other musicians & friends. Through online services and meeting people from all over, my music has been heard and purchased around the world.

I have been a mentor to three children at Cambridge Elementary School and I’m a member of Cambridge Area Rotary (where I met Captain Phillips).

April and I live with our four-legged friends in an old Vermont farmhouse.

Q: How did you get the name Rockin’ Ron the Friendly Pirate?

A: Let’s break it down: Rockin’ is about music, attitude, and a ship’s motion on the sea; Ron is the name given to me by my mother; Friendly means thoughtful and nice; and finally, Pirate is a daring, fun-loving, and costume wearing purveyor of nautical-themed mischief.

Q: Why don’t you wear your patch on your eye?

A: It is non-threatening to little children, it is less cliche than wearing it on me eye, I get dizzy when I wear it over me eye for an extended period of time, and it looks silly on my nose.

Q: A Pirate in Vermont?

A: Me mum, Penelope the Fruity Pirate, loves pineapples. She was told Vermont had pineapple trees. Alas, there are only pine trees and apple trees in the Green Mountain State, but we dropped our anchor anyways. Seriously, Pirates are defined as thieves on bodies of water, as opposed to thieves on land (who are called Highwaymen, Robbers, etc.). Let’s make it clear right here, that I am a “Friendly” Pirate, and the only thing I want to steal is your heart. But, where I live is close to the Lamoille River- which flows into Lake Champlain which flows into the St. Lawrence Seaway which flows into the Atlantic Ocean. So, on nautical grounds, I can be a Pirate. Wait? Isn’t nautical grounds an oxymoron? On another note, I am originally from Wisconsin, which like Vermont is not typically associated with Pirates, but is referenced in the classic chantey Pinery Boy.

Q: A Pirate in Vermont (part 2)? What about Vermonter Captain Richard Phillips famous for his encounter with Somali Pirates?

A: I do not condone any act of Piracy and I salute Captain Phillips for his bravery in very trying circumstances.

A: I am a peaceful, non-violent pirate. “I don’t have a sword and I don’t have a knife, I roll like a pirate, but I roll real nice” are the syllables I sling in “FP Rap (Pirates on Board Go RRR!)”

Q: Do you ever get tired of your songs?

A: Very rarely. When I first wrote them, I would sing them in my sleep, but not anymore. Parents often ask me when my next CD is coming out.

Q: Which Pirate do you find most interesting?

Q: Are you a teacher?

A: Not by profession, but I like to include educational elements in my songs. I believe that life is a classroom and you can always learn something new.

Q: Isn’t the subject of Pirates rather limited?

A: Hardly. All around the world, since people have been sailing, there have been Pirates. In fact the subject of Pirates touches on many areas of interest- including history, geography, and culture.

Q: What is your favorite Pirate music/song?

A: Roger McGuinn of Byrds fame wrote a song called Jolly Roger which is most excellent, and he released a collection of sea chanteys entitled CCD which I highly recommend.

Q: What is your favorite Pirate movie?

A: The first Pirates of the Caribbean movie- the Curse of the Black Pearl is high up on the mainmast. The subsequent movies in the franchise lacked that initial spark and to my mind, weren’t as well written.  For documentaries, I like National Geographic’s Blackbeard: Terror at Sea.