ABOUT She Can Be a Captain Too 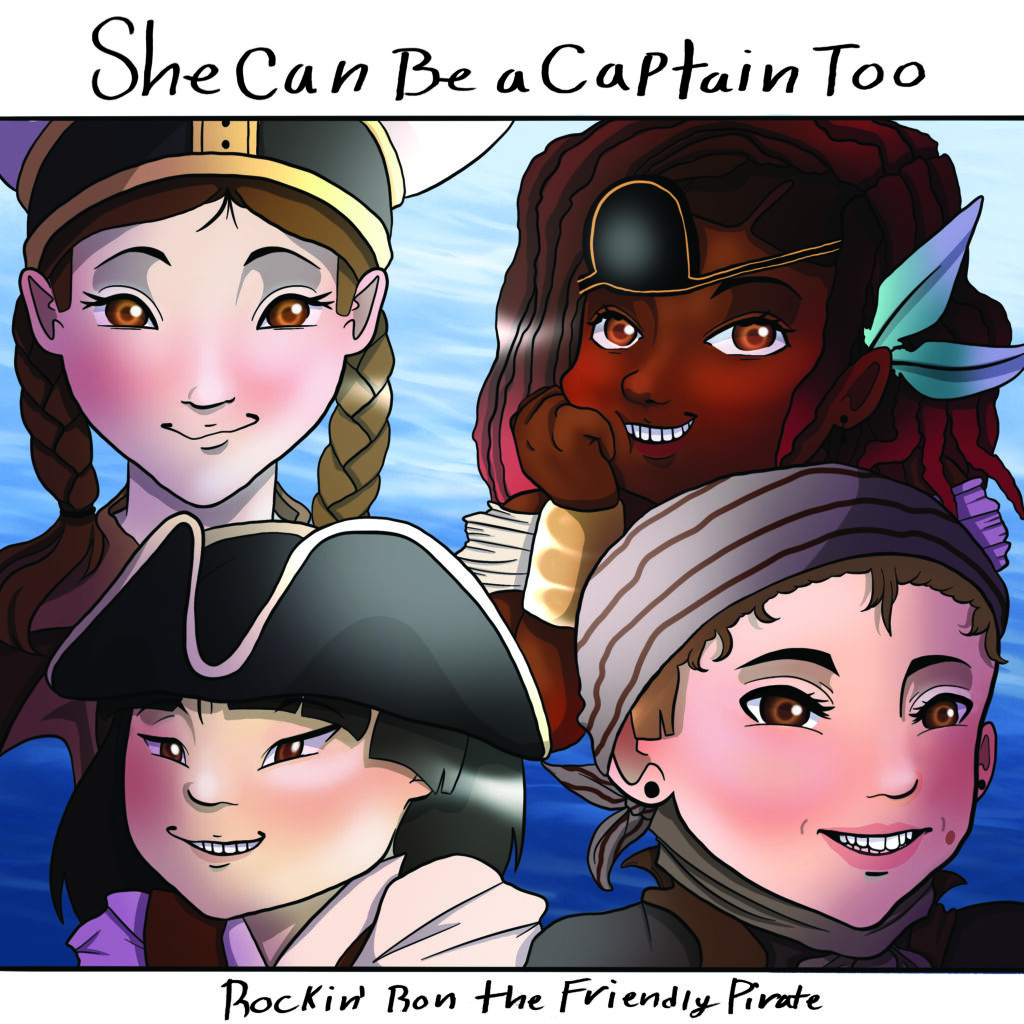 She can Be a Captain Too is the lead track on my latest album Captains and Sea Monsters. It is meant to be encouraging and inclusive (see lyrics below). It was inspired by my 10-year-old neighbor Rhea Ferris. I asked her what she wanted to hear in a Pirate song, and she said, “that I can be a Captain”. The song practically wrote itself. I used the opportunity to reference four women pirates from History.

That anime inspired artwork (above) was done by Preston Joiner. Rhea’s sister Tea did the lettering on the artwork. Pictured clockwise from upper left are Rhea Ferris, Grace Smithers, Michaila Thoelke, and Ozella Mae Chu Cadden.

Rhea and Tea at West Street Digital recording vocals for She Can Be a Captain Too and several other songs.

In addition to my lead vocals, the track features Andre Maquera on lead guitar and bass, Caleb Bronz on drums; and a cast of girls and women on backing vocals: the aforementioned Grace, Michaila, Rhea and Tea, as well as April Tuck, Marie Clarke, Naya Alamatori, and Wendy Maquera. The track was produced by Andre at West Street Digital.

Watch my video audition for NPR’s Tiny Desk feature and the official She Can Be a Captain Too video.

She Can Be a Captain Too

From the album Captains and Monsters

CHORUS: She can be a Captain too; she can do what they can do

She can lead a Pirate Crew, she can be a Captain

VERSE 1: She’s as smart as a whip, knows her way around a ship

Heart is stout, eyes are sharp and she can play upon the harp

HISTORICAL BRIDGE: Alvida in the Viking times and Pirate Grace in Irish rhymes

Ann Bonney down in Carolina and Madame Cheng in China

“All hands on deck, hoist the sails, look lively”

She… can be…a Captain

No comments to show.